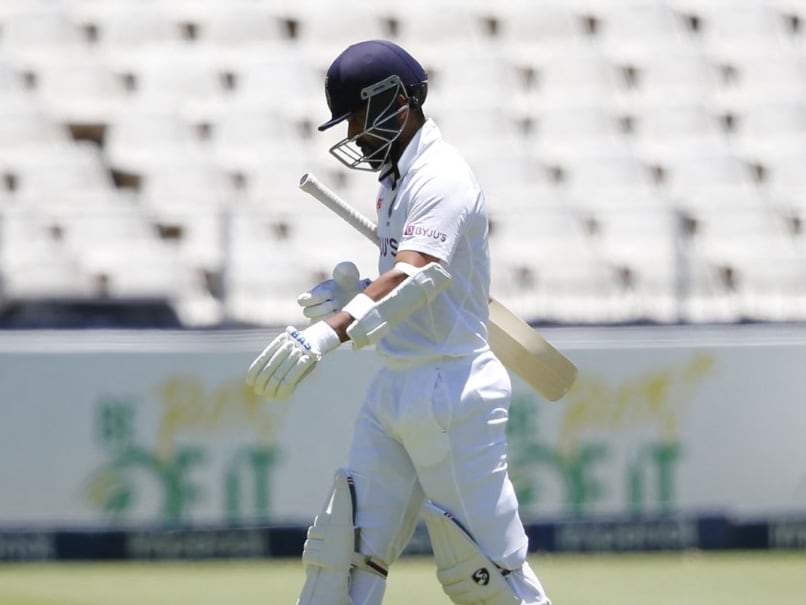 Ajinkya Rahane’s lean patch in Test cricket hit a new low on Monday as the senior batter registered his first-ever golden duck in the longest format of the game. In the ongoing second Test against South Africa in Johannesburg, Rahane was dismissed for a golden duck by South African pacer Duanne Oliver. It was a short-pitched delivery and was outside the off-stump. Instead of leaving the ball, Rahane poked at it and the ball to tool the edge and went to Keegan Petersen at third slip.

“Look at his front leg it’s actually lunging forward. If you look at from a square angle, you’ll find that no part of Rahane’s body is actually inside the box. So, if you are lunging so far on a short delivery with nothing to offer, he had only two options to offer. One of just poke his bat and that’s what he did. Since he has already committed to a short ball, there’s no point in lunging forward and should’ve left the ball,” Chopra explained during the Lunch show on Star Sports.

India are missing regular captain Virat Kohli in the ongoing Johannesburg Test at the Wanderers Stadium. He suffered a spasm on his upper back ahead of toss.

As a result, KL Rahul was named stand-in skipper for the match while Hanuma Vihari replaced Kohli in the playing XI.

India won the toss and Rahul elected to bat first in Johannesburg.

After getting off to a good start, Mayank Agarwal was dismissed on 26 by Marco Jansen on the first ball after drinks.

The visitors then lost two wickets on back-to-back deliveries as both Cheteshwar Pujara (3) and Rahane (0) failed to make an impression.

Topics mentioned in this article